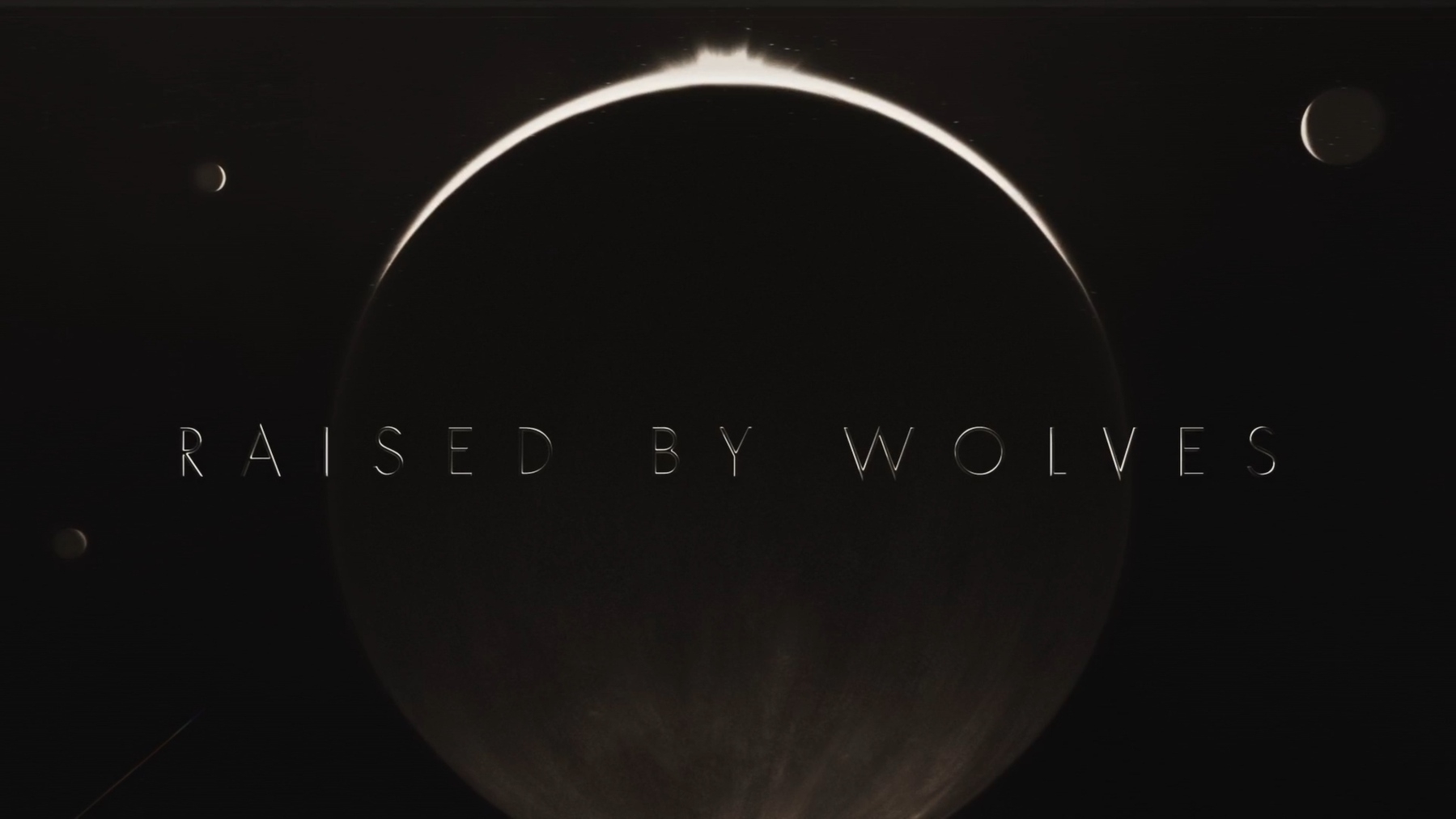 Raised by Wolves was created by Aaron Guzikowski. It premiered on HBO Max on September 3, 2020. The show was produced by Film Afrika Worldwide, Lit Entertainment Group, Scott Free Productions, and Studio T. The titles were directed by Steven Small and created at Studio AKA.

In the future, there is a war between the devout Mithraic believers and the atheists. Following the destruction of Earth, two androids are tasked with traveling to Kepler 22-b and raising children on this new planet. Mother, played by Amanda Collin, and Father, played by Abubakar Salim, develop a small community with their children. All is as well as this new life can be, until a straggling colony of Mithraic humans crash lands on the planet after Mother destroys their ship. The remaining humans manage strife within their ranks while trying to save their children that have been taken by the androids. Within this colony are two atheists who are hiding their true identities: Marcus (once known as Caleb), played by Travis Fimmel, and Sue (once Mary), played by Niamh Algar. Marcus’s devout atheism (and Sue’s trust in him) is tested when he begins to believe that he has a divine presence living inside him.

I love a good Ridley Scott production and this one has it all: androids, mysterious planets, human drama (even amongst the non-humans). While the famed director may not have been the leading creative force behind the show, his name is still powerful enough to make this show required viewing. Now that I’ve finished the first season, I’m left with a thousand more questions than when I started watching it. What secrets does Kepler 22-b really hold? Why does Marcus believe he’s basically the second coming of this Mithraic god, and is it actually one of the androids’ children? What in the absolute hell was that flying snake monster that Mother birthed? I’m really looking forward to the second season where I hope many of those questions will be answered. I’m especially hoping that this show won’t be axed because it’s too expensive for the viewership it might be receiving.

This show is a great example of how to tell a story without bludgeoning an audience over the head with a mountain of exposition in the first episode. By the end of the first episode, you are not going to know what brought the androids to Kepler 22-b, you won’t know the full extent of the war that’s happened on Earth, and you sure as heck won’t know the full capabilities of all characters involved. There’s nothing but hidden layers here. I like a show that invites its viewers to unravel its mystery slowly. It requires a lot, but it gives a lot in return.

The full opening titles for this show are transformative to behold. I’ve never seen anything quite like it. The dark, painterly quality of them makes for a melancholic and tense mood. Accompanied by the ethereal voice of Mariam Wallentin and the composition by Ben Frost, the titles are transformed nearly into a contradiction. Some may find only gloom in them and I wouldn’t disagree with that assessment. However, I think there’s also great beauty in the pairing of these images and the music. Even if you don’t want to watch the show, I think the titles are worth your time.1