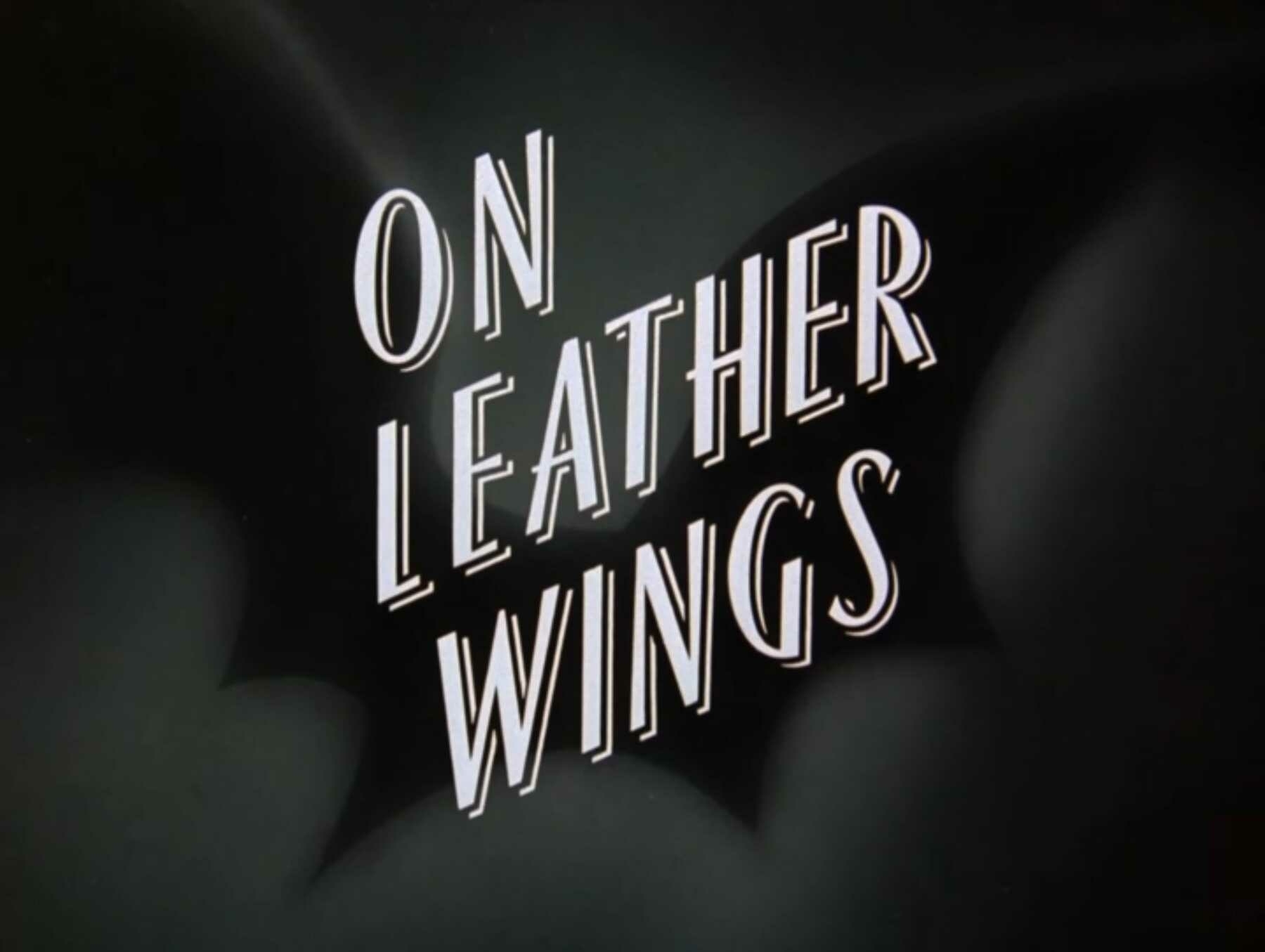 Batman: The Animated Series was developed by Mitch Brian, Paul Dini, and Bruce Timm. The show was produced by Warner Bros. Animation. On Leather Wings originally aired on September 6, 1992. It was written by Mitch Brian and directed by Kevin Altieri.

[Note: while IMDb lists On Leather Wings as episode two of the series, on subsequent video releases, it appears as the first episode. The episodes were originally aired out of their production order.]

A giant, man-sized bat is terrorizing Gotham City! After a string of break-ins at local pharmaceutical companies, certain members of the police force are champing at the bit to go after the mysterious and titular Batman. The intrepid Commissioner Gordon, evangelist of the masked vigilante, objects. Batman, believing he was set up, investigates the recent break-in and finds clues that lead him to the Gotham Zoo where a scientist by the name of Kirk Langstrom is employed. Through careful investigation, Batman discovers that poor Langstrom is actually the dreaded Man-Bat and must discover a method to reverse his terrible condition before he’s caught by the police.

A thrilling episode, and a perfect introduction to this heavily stylized, groundbreaking animated show. Not only do we get to witness Batman in all his fearsome, be-cowled glory, but we also get to see him in detective mode throughout the episode. This is a dark cartoon series, and not just because of the unique process of its animators drawing on black paper. The storylines are mature, the voice acting is deadly serious, and we’re shown a Gotham that takes its visual inspiration from gothic, Art Deco architecture.

I was six when this show started airing on television, so my enjoyment of the show, and subsequent awareness of its importance, developed much later. Develop it did, though! At a certain point in my youth, there was a two-hour block of cartoon shows that was essential after school viewing. Batman, Superman: The Animated Series, Pinky and the Brain, and Animaniacs made the toiling through homework hours bearable. Some people may speak highly of the cartoon shows that were made after my preferred group, but for my money, there is still no greater collection of quality animation than what was produced in the mid-‘90s. SpongeBob SquarePants may have become the internet’s darling, but I believe it’ll never hold a candle to the WB classics. They are transcendent and damn if they don’t still hold up. Heck, Hulu even rebooted Animaniacs because of its still passionate fan base. The legacy of those ‘90s shows continues to amaze me.

I’d be completely remiss in my posting duties if I didn’t include the classic and legendary opening sequence of this show. It doesn’t include a title, and frankly, it doesn’t need to. It gives you everything you need to understand what show this is and what you can expect. It’s a real masterclass in short-form storytelling. 🎞