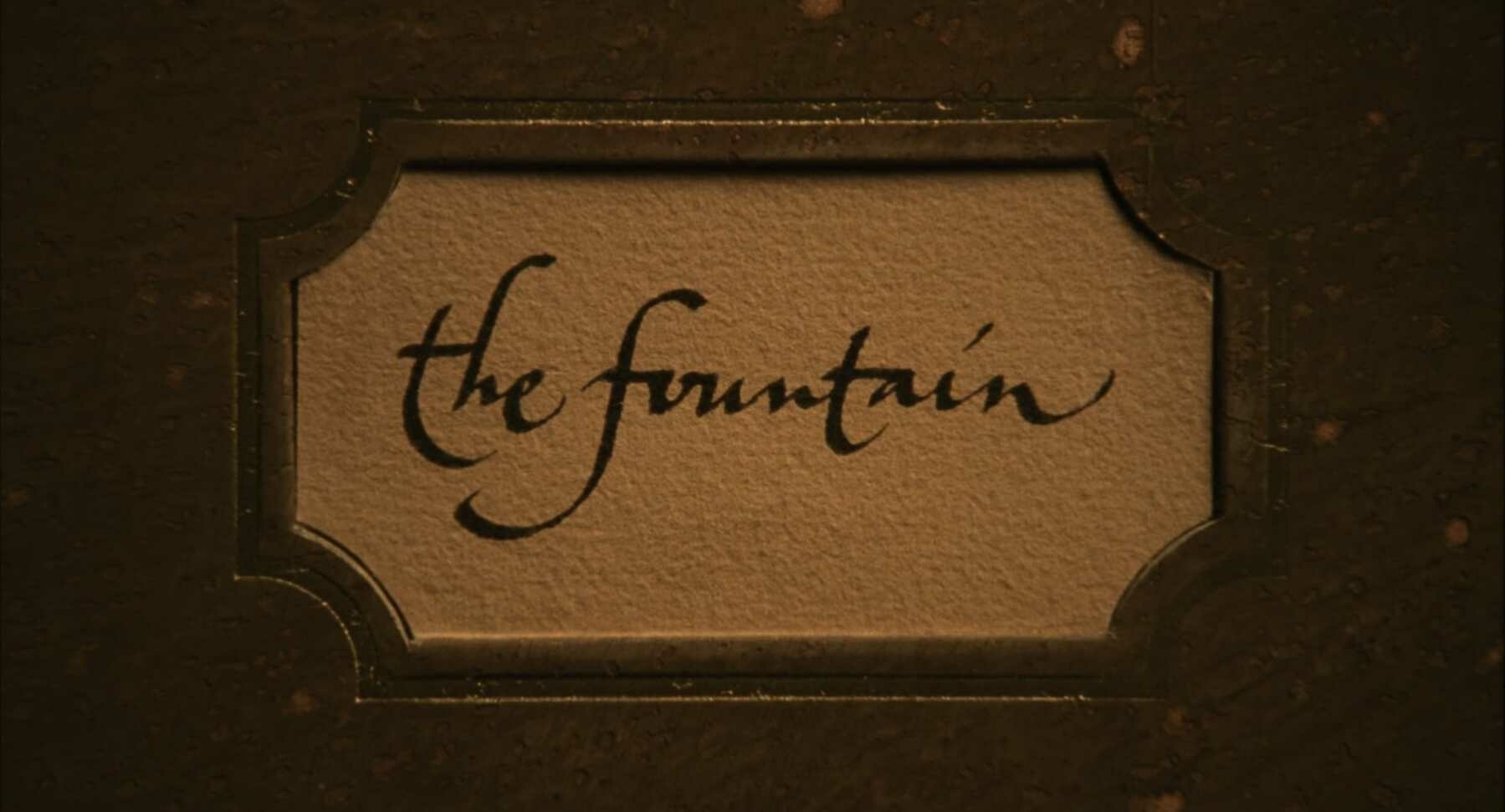 The Fountain was written and directed by Darren Aronofsky. It was released in 2006. The film was produced by Protozoa Pictures and New Regency. The title card is a shot from the film with no discernible title designer.

Spanning three disparate times and places in the universe, The Fountain tells the story of conquistador Tomás Verde who has been tasked by his queen, Isabella, to find the Tree of Life. It’s located deep in Mayan territory, and she believes it will be the key to saving her kingdom. It also tells the story of Tom Creo, a modern surgeon who is desperately trying to find a cure for a brain tumor that’s ravaging his wife, Izzi. The third story is that of Tommy, a futuristic space traveler who is guiding a tree toward a dying star. He believes that its magnificent explosion will bring back his long lost love. Hugh Jackman plays all three versions of Tom, and Rachel Weisz plays his counterpart.

By this point in my life, I’d seen Aronofsky’s previous film, the disorienting, beautiful, and despairing Requiem for a Dream. I don’t think I’d ever seen something so full of style and confidence. How remarkable that it was only his second full-length film! When The Fountain came out, I knew it was something I had to see. I’m still shocked, all these years later, that it didn’t do very well, and is seen as one of his weaker works. I still believe that many of its detractors weren’t ready for its winding narrative, or that it demanded critical viewing and not just simply blank witnessing.

I could hardly walk out of the theater after I saw it; I may have instead stumbled out into the bright sunlight. It filled my head with so many impossible questions. I was in complete awe of the production and the performances. Imagine my surprise that its budget amounted to what the industry now affords to a small independent film. It’s still something that gives me chills as I watch it. It asks such huge questions, like to what lengths would you go to save the people you love and how do you view your purpose in this world? It demands a lot of you.

This one has gained a quiet, yet passionate fan base. It deserves more, and I implore you to watch it with an open heart. 🎞