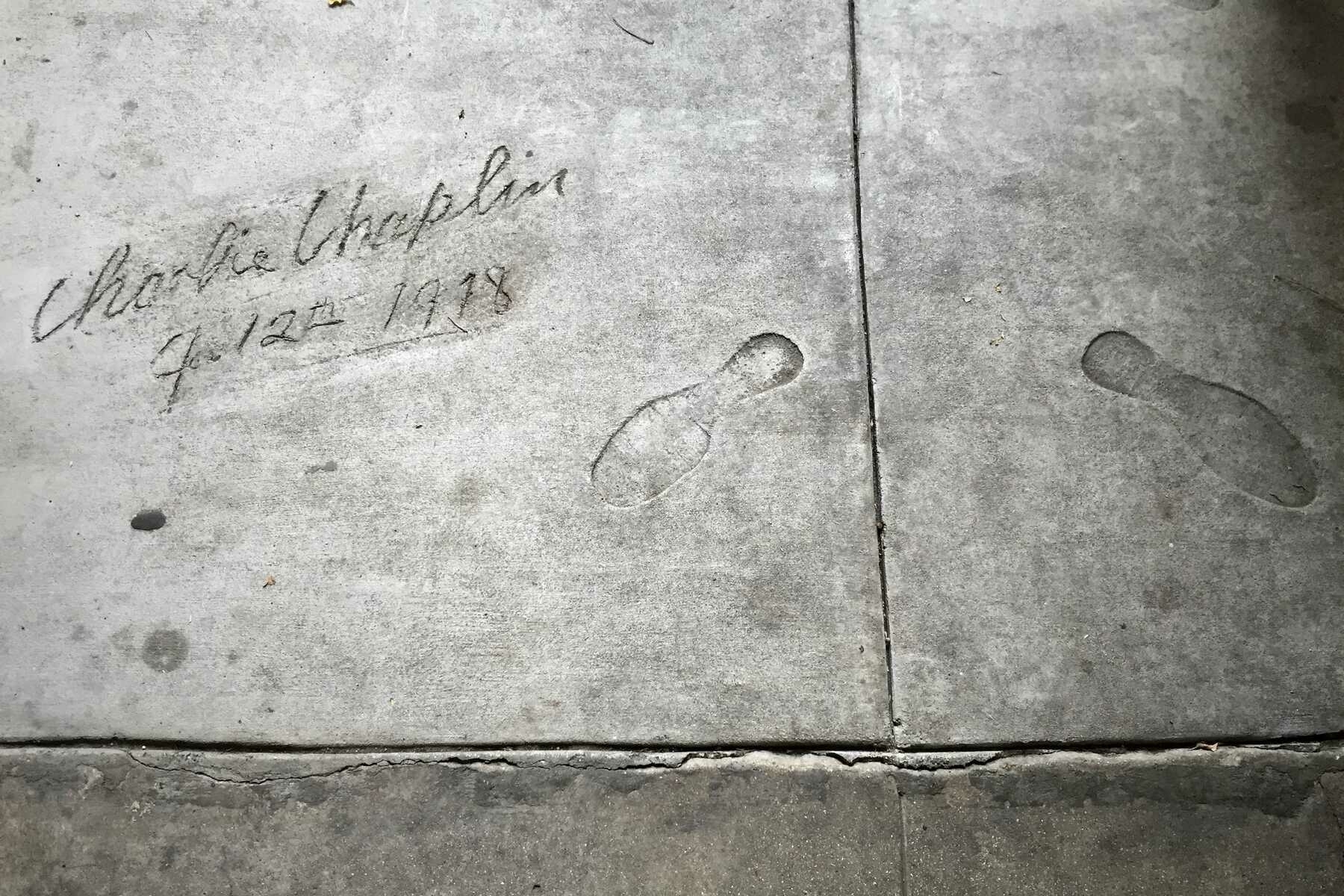 I was taken on a breezy tour of the Jim Henson Company Lot several years ago. Along the way, I spotted a curious impression in the cement. Turns out the location I was standing in used to be the film studio that Charlie Chaplin completed in 1919. Many of his most famous films were shot there.