I’m usually pretty supportive of Apple, but this issue with the Hey app is frustrating to me, as is a lot of the response to it. I’ve seen too many people defending Apple in following their own guidelines, which may technically be true, but make no mention of the hypocrisy that comes with how they treat other companies, like Netflix. (I have also seen many people make the point I am here, but I want to see more of it.) How is Netflix allowed to have an app that’s completely useless unless, and only if, you subscribe on Netflix’s site and not through In-App Purchase?

The Hey app uses language that’s very similar to what Netflix uses, as shown in the attached picture. So much fuss is being made about how Hey isn’t a reader app when Netflix is, but the truly damning issue isn’t about what is or isn’t a reader app. It’s about how Netflix (and others like it), being a huge and powerful company, is allowed special treatment when another company’s app, that’s imitating Netflix’s own in many ways, is actually being held to Apple’s guidelines.

In an interview on TechCrunch, Apple’s own Phil Schiller says,

You download the app and it doesn’t work, that’s not what we want on the store.

If I didn’t already have a subscription to Netflix, then their app wouldn’t work at all for me. It’s exactly the type of app experience that Apple says they don’t want to have, and yet the Netflix app is surely in no danger of being forced to use Apple’s IAP system lest they be pulled from the App Store.

I don’t think Apple should change their guidelines; it’s up to the company to define them. However, I do think they’re 100% wrong in not applying them consistently across all of the apps on their store. 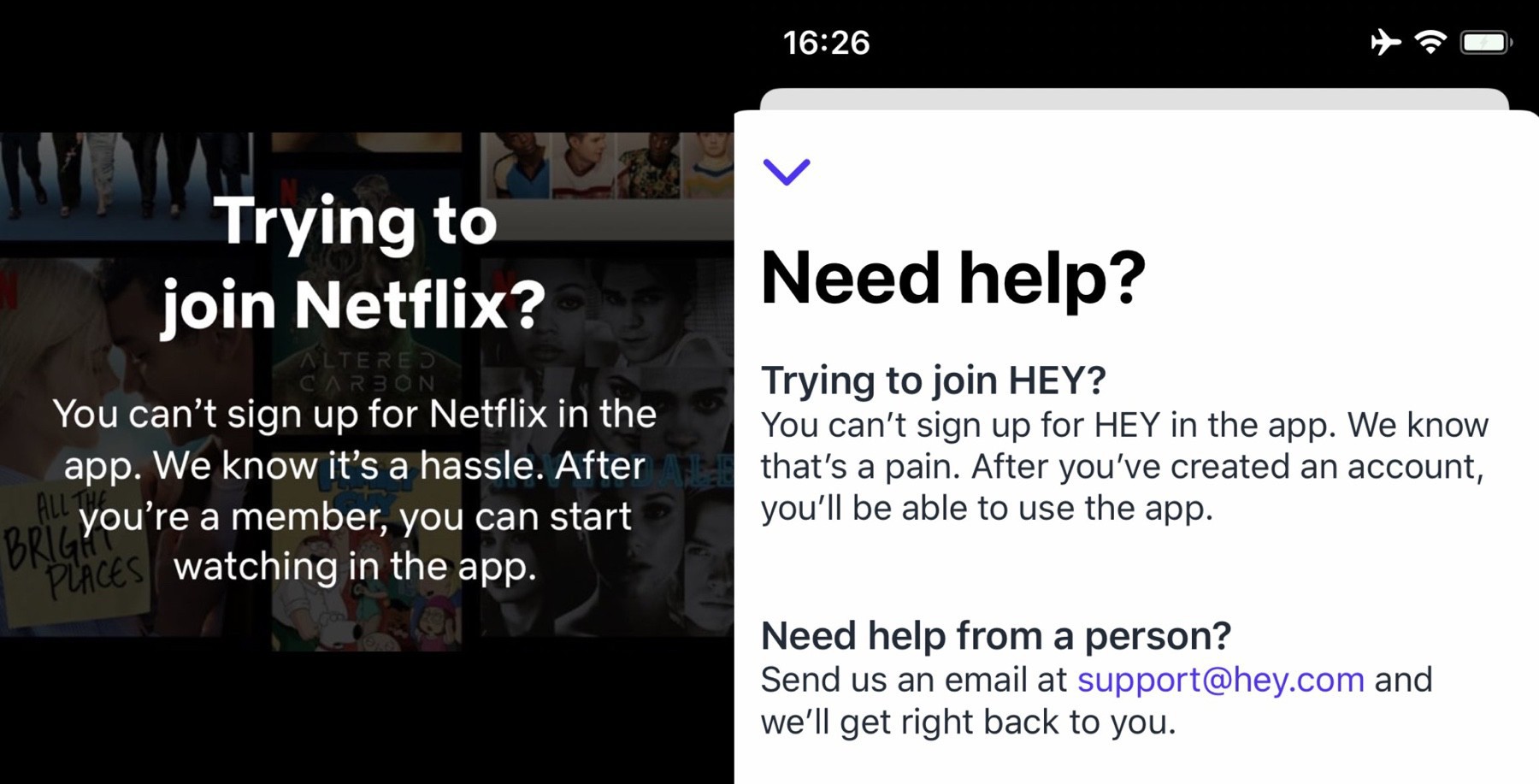