Whoa! There’s a brand new Godspeed You! Black Emperor album out now! Be still my quaking heart. This is the best news I’ve heard in a long time. And, of course, the songs are as beautiful and glorious as ever.

Happy early birthday to me! 🎵 It’s been a little over two months since I received my AirPods Max, and I’ve used them every single day since getting them. I love them very much, especially so since I used an Apple gift card with a very generous amount placed on it to purchase them.

I won’t bury the lede: do I think you should get AirPods Max for yourself? Probably not. I got extremely lucky with my gift, and I chose to spend that money on something that I thought I would appreciate. Turns out they’re lovely, and I’m grateful for them.

If someone was looking to purchase a great pair of headphones, I’d probably point them in the direction of the ones from Sony.1 Those offer similar functionality and sound for a couple of hundred dollars less than the AirPods Max. To be frank, that’s the better deal.

However, I’ve been enjoying Apple’s offering and think they fit mostly well in Apple’s audio lineup.

ii. The sound of AirPods Max

Ubiquitous “I’m not an audiophile” warning.

Apple’s doing a lot of computational work to make these headphones sound balanced and present. Compared to their Beats line of products, these headphones offer sound that doesn’t assault your ears with heavy bass. Instead, I’m hearing bright high notes, a midrange that makes vocals sound like the person singing is right in front of me, and bass that thumps the inside of my head without making my brain feel like it’s being squished.

Apologies for the use of florid descriptions of the way these sound. At least I didn’t use “sparkly” or “chunky” or “tinny.”

Everything feels accurate to my ear. I’m confident that what I’m hearing is, for the most part, what I should be hearing. It’s all just there. What I’m hearing lives inside my head, directly center stage.

That’s because it’s not just some magnets moving the air between the headphones and my ears, as many headphones are. There’s a computer chip inside each ear cup that processes, tunes, and adjusts what’s being beamed to them from my phone or other devices. The sound it plays is being styled, but not to alter what was created by the artist. Instead, it’s to enhance the experience for the listener.

The noise cancellation is also the best I’ve ever experienced. It’s not on par with Apple’s previous best, the AirPods Pro, because they’re better. Instead of being shoved inside your ear canal it envelops your ear with a soft cushion. I don’t experience any of the pressure that some people can feel when they wear noise-cancelling headphones, and I don’t think that’s an accident. Apple’s figured out how to make a pleasant cancellation experience as invisible as possible.

Likewise, their Transparency Mode, which relies on that same magic, is breathtaking to consider. The headphones aren’t just turning off noise cancellation—you’d then only hear muffled sounds from around you. Instead, they’re using the many microphones in the headphones to “play” outside sounds to you, just as it plays music. Every time I switch over to this mode, by pushing the noise control button, I marvel at how it seems like I’m not actually wearing headphones.

These sound so good that I don’t think I’ll ever consider another pair of headphones.

iii. The feel of AirPods Max

There was a big fuss about the feel of these headphones when they came out. It’s safe to say that everyone’s concerns are, on the whole, not a problem in the slightest. These are the most comfortable headphones I’ve ever owned, and I look forward to putting them on each day.

The only thing anyone should be concerned about is the fabric mesh on the headband. This “canopy,” as Apple calls it, will forever feel vulnerable to the world. I fear the day when I accidentally snag it on something and it screws up the fit and feel of the headphones. This is reason enough to invest in AppleCare+ for them.

Otherwise, they’re outstanding. I can wear them all day without feeling like they’re squishing my head—a common problem with other headphones I’ve owned. The ear cushions feel like pleasant pillows. The telescoping arms extend to the perfect length for my (large-ish) head. Everything comes together to equal comfort.

I’ve not once felt like these are too heavy. They feel perfect in their weight and distribution. Many people complained about their feel and how much they moved around on the head. I don’t know where that’s coming from. I have a pair of Audio-Technica ATH-M50X headphones that I use when recording podcasts. Since getting the Max, I dread having to wear these. They do feel lighter than headphones made primarily of metal, but they also feel like cheap pieces of crap in comparison. They flop around, squeeze my head, and struggle to achieve a decent seal around my ears.

AirPods Max glow with the luxury Apple imbues so many of its products. I feel like I’m wearing something special when I slip these on.

iv. They do fall down in places

There’s some stuff about the AirPods Max that do dampen the enjoyable experience:

Surely, they’re not the best sounding headphones ever made. Put on a costly pair of wired headphones that are attached to an imposing stack of converters, amplifiers, and equalizers and you’d no doubt have a transcendent experience that the AirPods Max will never be able to meet. That also sounds like a cumbersome undertaking, and a damn expensive one.

There’s not really a price ceiling when it comes to audio equipment. Audio gear is a money monster. It will consume whatever cash you throw at it, and it’ll do it with a greedy smile on its face.

You can find headphones that’ll run you the price of a brand-new car. You can get a digital-to-analog converter (or DAC) that’s five times the price of the AirPods Max. A quick internet search will give you listings of floor speakers that can cost as much as an enormous house.

The only limit on this stuff is how much your wallet is capable of handling.

I don’t want any of that nonsense. If that’s your thing, then more power to you, but it’s not mine. I value a frictionless experience that can delight my ears. I don’t want to be tethered to an amp because I’m wearing headphones that won’t even function without wired power. Instead, I want to be able to connect to multiple devices with ease, move freely around my home, and play whatever I want whenever I want.

AirPods Max have given me all of that, and I couldn’t be more happy to own them. If I had the money, I would buy them a second time (probably for my wife), even if I wouldn’t necessarily say other people should get them. If you’ve got the expendable cash, then go for it, but again, they’re so damn expensive. They’re still one of my favorite Apple products ever. They consistently amaze me and have been a great companion as I’ve written these words. I’m a fan for life.

This video by Pogo, called Scrumdiddlyumptious, is a great way to start your day. Heck, it’s great at any time of the day. It’s been around for ages, but it’s still delightful. The music, editing, and imagination of it continue to astonish me.

This was unexpected: Arcade Fire and Owen Pallett will finally be releasing the soundtrack to one of my favorite films ever, Her. The movie came out in 2013, so it’s been a long time coming. I’m really looking forward to listening to this official version on March 19. 🎵 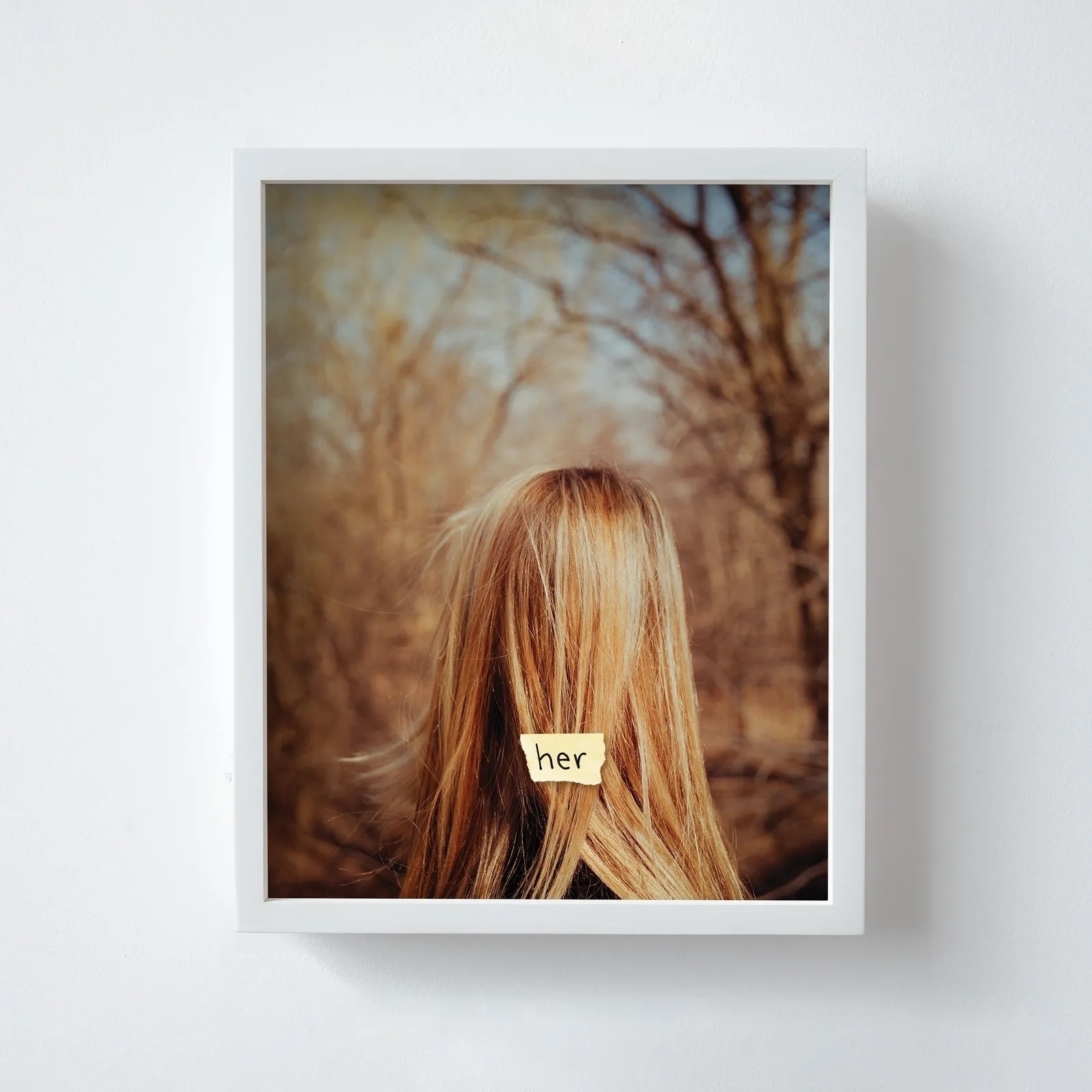 “Dancing in the Street” without music is still and may always be one of my favorite things ever. 🎵

I was just listening to Rubber Soul. There are probably people out there who think that “beetles” the animal is spelled like “Beatles” the band. Much like how to internet has convinced way too many people that “loose” is the correct spelling for “lose.” Sigh 🙄